If this isn’t your first time hearing about kratom, chances are, you’ve heard about the Gold Maeng Da strain. It is an incredibly popular strain among many users. Those looking for the most potent kratom strain have most likely come across the Gold Maeng Da kratom.

Have you tried it yet? If you haven’t had this strain yet, let me describe it for you.

Gold Maeng Da Kratom, also known as Gold Horn, is considered a gold kratom strain that gets its appearance from dried, red vein kratom leaves. It’s considered to be a very potent strain that gives effects such as energy, body discomfort relief, and more. The average dosage for this strain is around 3-5 grams. In this Gold Maeng Da kratom review, I’ll be sharing with you all the information you need on this top-notch strain. For those who are interested in trying it, I highly suggest that you read on.

What to Expect From Gold Maeng Da Kratom

When something is dubbed the strongest strain, it’s only natural for people to have a high-level expectation of it in terms of potency. So, when trying the strain itself, what should you really expect? Allow me to share my personal experience.

Gold Maeng Da kratom users tend to describe this as more of a “fast” and potent strain than other Maeng Da strains. Its main use is for discomfort relief but it is used for a wide variety of other reasons.

I personally think this strain is awesome for when I need something very potent and want to feel the classic kratom euphoria.

However, I’d like to emphasize that that is my personal experience with the strain. When you read through reviews, one thing to consider is that you can’t expect to have the exact same effects as others. It might differ for a lot of reasons. Your body might interact with kratom differently depending on your weight, gender, and tolerance level. So, while I think Gold Maeng Da kratom is pretty great, there’s still a chance your experience with it might slightly differ.

If you want to learn more about what it can do for you, here are some of the best benefits of kratom strains, like Gold Maeng Da.

While the effects may vary from person to person, these are what you should generally expect when consuming Gold Maeng Da. Here are some effects that its users most commonly report:

Red strains are known to be euphoric within the kratom world. But, since gold strains are usually just extra-dried, red kratom strains, they tend to be very euphoric.

Users, including myself, like the euphoric effects of Gold Maeng Da kratom. I tend to feel very optimistic, happy, and it even gets me to become more social.

Gold Maeng Da is one of the best strains when it comes to discomfort relief.

If I’m being honest, I think it works better than most of the classic red strains, which are known to be very discomfort relieving.

Some find that Gold Maeng Da has relaxing effects that almost seem sedative. Now, this makes sense since it has the properties of red kratom strains.

But, I find that Gold Maeng Da becomes more sedative when taken at higher dosage amounts.

It can be a good nighttime sleep aid if taken a few hours before. Moreover, it might also help you with insomnia.

Stimulating with Some Energy

Maeng Da strains are known to be pretty stimulating and energizing. Gold Maeng Da is a lot more stimulating than, let say, and Gold Bali strain.

For this reason, I do recommend taking a mild dosage amount if you don’t want something overly stimulating. Remember, this is one of the most potent strains on the market.

What is Gold Maeng Da Kratom?

Gold Maeng Da kratom is one of those strains where we don’t know exactly where it comes from, especially since it’s technically a combination of different kratom trees. However, it’s thought to originate from the Southeast Asian country of Thailand.

It’s essential that kratom leaves are in the perfect environment and Thailand’s climate provides optimal conditions for growth. The nutrients from the soil plus the abundance of rainfall and sunshine are what give kratom its amazing properties (such as antioxidant properties) and alkaloid content.

Why is it considered a “gold” strain, though? Well, I’m sorry to disappoint you, but it’s not made out of gold. It doesn’t shine like gold, either. So, why is it called that way?

This strain gets its yellow/gold color from the extra drying process it goes through. It’s been said that “gold” kratom strains are primarily red strains that are left to photo-oxidize for a longer period of time, giving it its color and extra strong potency.

In the Thai language, maeng da translates to “pimp grade”. This describes the strain perfectly, since it’s one of the best strains out there. It’s considered a “king” strain and definitely lives up to that title.

In the kratom world, you typically have two methods of consumption: the capsules and powder. These tend to be the most popular and they’re more affordable than the tinctures that are starting to pop up. However, its leaves can also be chewed or made into tea. Some people even mix it in with their meals or drinks. In some cases, people even extract its liquid. But let’s focus on the capsules and powder for now.

If you’re having a hard time choosing between the kratom powder and capsules, I’ve provided a little background on the pros and cons of both methods. Hopefully, these will help you decide in choosing how you want to consume kratom.

I personally find myself grabbing the kratom powder more than I do capsules. I’m just used to measuring out an exact amount and I can get impatient with waiting for the effects to kick in.

However, I go for the capsules on my busier days, which is more often now. I like it as well and it’s a lot quicker.

So, if you want to consume kratom in a short amount of time and don’t mind waiting for the effects to kick in, then go for the capsules. But if you have the time to make tea and the like, then go for the powder.

Gold strains are known to be more potent and strong. Gold Maeng Da kratom is no exception.

I suggest starting off with 1-2 grams of Gold Maeng Da. This might be enough to give you the effects you’re looking for without it being overly sedating.

If you find that this dosage isn’t strong enough, feel free to increase the amount the next time you take it. But, how much should you increase?

For strong strains like this one, only increase by 0.5 grams each time until you reach the effects you’re wanting to feel. Increasing too much can get you to experience unwanted side effects, like nausea or extreme jitteriness. It’ll ruin the experience.

Check out the chart below for a more straightforward dosage recommendation from yours truly.

When looking up Gold Maeng Da on reddit, I learned a lot more about the experiences and opinions of other kratom lovers who have tried this potent strain.

I did find that some users said they felt less motivated and more sedated with this strain, but others seemed to find that it gave them more energy.

This is the beauty of kratom. The effects it provides are unique to every individual. I will say that Gold Maeng Da might be more sedative at higher doses and more energizing at the lower dosage level.

Here are some of the more helpful posts I found on Reddit for the Gold Maeng Da kratom strain:

“I have a gold MD strain, and to me it’s between a white and red, as well as a little more relaxing than a green. Usually I’ll have some of the gold after lunch and it doesn’t slow me down or anything at work.” -Sk1dmark82

“…I was on the fence for a long time about trying Kratom, but after a few particularly bad discomfort cycles I decided to give it a try.” -drunkmonkey 176

“They feel like a very euphoric red but without the sedation. So they are perfect to take during the day. They also mix very well with whites if you want to make it more energetic.” -SpencerMars324

Keep in mind that these users’ experiences with GMD might depend on the batch you get and where you get your kratom from.

The Gold Bali Kratom strain has been said to be a lot more sedating and discomfort relieving compared to Gold Maeng Da kratom. Gold Bali kratom is also a bit more relaxing and calming than GMD.

Gold Maeng Da kratom is known to be more stimulating and euphoric. But, there’s a catch. Some users describe feeling very sedated by Gold Maeng Da. Others describe having a lot more energy and feeling chatty.

Between Gold Maeng Da and Red Bali kratom, they’re both really awesome potent strains. However, GMD will be a bit more of a 50/50 in terms of what kind of effects you’ll experience.

If you’re tempted to try Gold Maeng Da kratom for yourself, which I suggest you do, then you’ll need to get it from a trustworthy vendor such as Kratom Krush.

You won’t need to leave your house to get an excellent batch of kratom. Trust me, you won’t regret trying this potent and amazing strain that’s also more affordable than anywhere else. 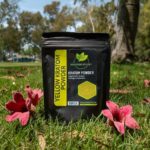 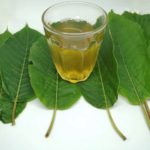 Yellow Borneo Kratom: A Complete Review on Its Effects 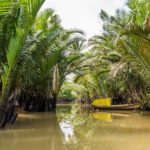 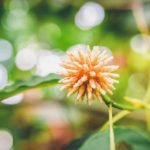 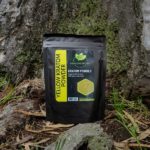 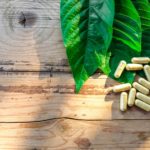