Both Kava and Kratom are plants known for their mood-enhancing and stress-reducing effects, but while they can produce similar results, these two plants are not the same. The similarities between the two plants beg the question, kava vs kratom: which one is the better plant?

Most consumers find that kratom is the better plant since its effects are more potent, longer-lasting, and versatile. While kava can help with stress and insomnia, kratom can be used for all of that, and more. It can help consumers manage some forms of discomfort, and many strains can produce strong euphoric effects.

Before deciding which type of plant to buy, you should find out more about the differences between these two plants. You can find all the information you’ll need to make an informed decision below. 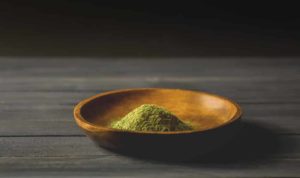 Although kava and kratom can produce similar effects when taken in the right quantities, they are very different plants. The kava plant is in the pepper family, and extracts are made from its roots. Kratom trees are related to coffee.

If you’d like to learn how to grow your own kratom plant or what to look for when buying seeds, click the link Kratom Seeds.

Pharmacologically, the two plants are completely different. Kratom produces its effects thanks to its alkaloid profile, including mitragynine and 7-hydroxymitragynine, which are known agonists to opioid receptors in the brain.

Kava’s main ingredients are known as kavalactones, and they interact with the brain’s limbic system. This is the brain responsible for controlling emotions, including stress, depression, and anxiety. It’s the ability to calm the limbic system that allows kava to alter your mood gently. Unlike kratom, kava only stimulates dopamine production.

Which of these plants will be better depends on what you’re trying to accomplish. If you’re just looking for light mood-enhancing and sedative effects, try kava. If you want more targeted results or a euphoric experience, try kratom.

Effects of Kava vs Kratom

One thing that kava and kratom have in common is that both of these plants can produce sedative effects. Kratom only acts as a sedative when taken in large quantities, though kava has mild sedative and even depressant effects even at low doses.

The kratom results are also far more varied since they are dependent not just on dosage, but also on the strain. This makes it easier for consumers to get the targeted effects they’re looking for.

If you wish to more well-rounded effects that include soothing without drowsiness, try green kratom. If you want to use kava, instead, know that there’s little you can do to reduce the sedative effects associated with this equally popular herb.

Which is More Potent? Kratom or Kava

Kratom is more potent than kava. The reason for this is that it targets different areas of the brain. Kava produces more mild, less noticeable effects, while kratom’s effects are hard to miss, especially when taken in large quantities.

Since kratom is so much more potent, it’s vital for those who have never used these plants to start slow and take only small amounts at first. From there, they can intensify the effects of kratom by upping their doses as they feel comfortable.

Can You Take Kava and Kratom Together?

Many consumers take kava and kratom at the same time to intensify the two herbs’ effects. Since they operate on different parts of the brain, the combination of dopaminergic and serotonergic stimulation can be quite impressive. If you plan to try this, you should use small doses and avoid alcohol.

Kratom and kava can both negatively impact the body when taken in excess, including liver and kidney damage. Excessive use of kava can also cause tremors and lead to dangerous weight loss. Furthermore, combining the two with alcohol can cause cirrhosis of the liver. Don’t blame these natural plant for that, though. Alcohol can cause cirrhosis of the liver all by itself, which is part of why so many consumers are turning to other herbal drinks, to begin with. 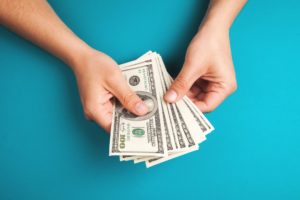 The price points for both kava and kratom vary substantially, so it’s difficult to make any generalized cost comparisons. To make matters even more complicated, consumers can develop tolerances to these substances.

For the average, occasional user, high-quality kratom typically costs much less than kava of similar quality. However, both are relatively affordable compared to other psychoactive herbal supplements and are less expensive than pharmaceutical drugs, especially those used for soothing effects. Additionally, they’re also less dangerous.

Kava is legal in all 50 of the United States, primarily because it hasn’t been subjected to the kinds of controversy associated with kratom in recent years. It can be found in specialty stores, pharmacies, and grocery stores.

Kratom is federally legal in the United States, but it is considered a “drug of concern.” Whether it is legal depends on where you live. Six states have banned kratom, including:

Five additional states have also restricted its sale to individual counties. If you live someplace where kratom is legal, you may be able to find it in smoke shops or specialty stores, but it’s usually more comfortable and less expensive to buy it online from a well-known vendor.

Side Effects of Kava vs Kratom

Both kava and kratom can produce unwanted side effects when taken in large doses or in conjunction with certain other medications and recreational drugs. Kava has been known to cause severe liver damage when taken in high doses. It can also cause shortness of breath, dizziness, nausea, confusion, and skin problems.

The side effects of kratom include nausea, constipation, increased frequency of urination, dry mouth, and sweating. In rare cases, kratom overdoses have also caused hallucinations, seizures, and delusions. The best way to avoid unwanted side effects when taking kratom or kava is to stick with the lowest effective dose and avoid using them all the time.

Reports of kratom side effects are much less common when users take low doses, especially when they’re just getting started using this plant. Most of the side effects of kratom are associated primarily with kratom overdoses, not with regular use.

Those who want to get more potent effects from kratom but don’t want to risk experiencing unpleasant side effects have one option available to kava drinkers. They can use kratom potentiators, which enhance the effects of kratom.

Popular potentiators include grapefruit, valerian root, turmeric, chamomile, and cayenne pepper. These substances can be mixed with kratom tea or taken separately after ingesting kratom using another method. 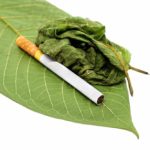 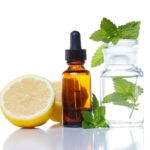 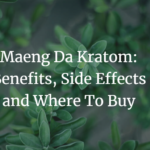 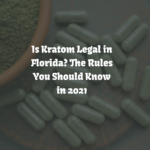 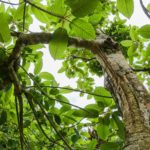 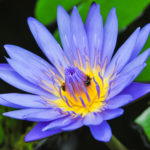 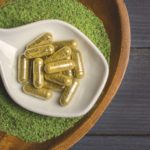