The amount of people that are finding out about kratom is astonishing. I can happily say that the kratom community is growing, which means the curiosity is increasing as well. I’ll tell you the basics of what you need to know about the red and green kratom strains and how they differ in this short and easy read.

Red kratom is a red vein kratom strain that is more relaxing, sedative, and soothing. Green kratom strains are considered to be energizing, stimulating, and relaxing. Both red and green kratom strains might be ingested similarly, but the effects might require slightly different dosage amounts.

Let’s get right into the key differences!

There are three main kratom categories/strains: red, white and green. The two most popular of the three are definitely the red and green kratom strains.

You might be thinking, aren’t they the same thing? Well, they can give similar effects. But, there have been a lot of kratom users (including myself) who notice differences between the two in terms of effects, taste, and dosages.

Red kratom strains tend to be a lot more sedative, relaxing, and soothing. Although some specific red kratom strains may give off stimulating effects, the majority of long-term users like to go for the red kratom if they’re looking to feel relaxed and tranquil. It’s the perfect option if you’re just getting into kratom or need it for an evening break.

Green kratom is a bit odd. The effects are a lot like red and white strains. You can expect green kratom to be stimulating, more energizing, euphoric, and relaxing at the same time. Some super potent green strains aren’t the best if you’re looking to take a nap right after, but they can help give you a stimulating boost. These strains are best for those who need help concentrating and focusing on their work. It’s also a great option if you want a nice pick-me-up during the day.

Yes, kratom in general is bitter and not the best in terms of taste. There are some who have stronger tastebuds that can tell the difference between the two.

Red Kratom tends to be a little more palatable and less bitter than green and white kratom strains. Some describe it as being more “earthy”.

Green Kratom is often more bitter and unpleasant. It’s like an awful matcha/green tea flavor that can be hard to take without scrunching your face. But, the effects make it so worth it!

The dosages for each will greatly vary from person to person. I highly suggest beginners to start with 1.5 grams of kratom powder, and then increase by 0.5 each time until you reach desired effects. As a general recommendation, I’ve created a quick list of different dosages and the possible effects for the red and green kratom strains.

Red Kratom can be a lot more relaxing and sedative than a green or white strain. In general, you can get away with 0.5-1 gram more than your usual dosage for the other two strains. You can always up the dosage if you find that you really want to relax and plan to sleep a couple hours after.

Green Kratom tends to be a lot more stimulating and energizing than most red kratom strains. For this same reason, I often suggest taking 0.5-1 gram less of what you’d take for a red kratom strain. Of course, you can always increase if need be.

What is Red Kratom?

When it comes to a kratom color strain, there are two theories as to how the color strains are determined. One is that they are described by the veins on the leaves. The second is based on the drying process of the leaves after they’ve been picked.

I believe both are correct. This is because there are kratom leaves that have red veins along with the leaf. But, their red color is more apparent by the way they are dried and for how long. Red kratom strains are considered to be the most “mature”. These leaves are picked after a long time of growing. The drying process might occur multiple times too. This gives the red kratom strains a slight red hue.

The red kratom strains are typically best for those who want something more relaxing and soothing. This makes red kratom a perfect evening strain.

What is Green Kratom?

This a huge possibility, as the green strains have a mixture of both effects. Green strains are typically more relaxing and stimulating. They’re also more euphoric and perfect for daytime use.

After scouring my favorite Reddit forums on kratom, I found some user’s opinions and experiences about red and green kratom that I think would really help.

Here are what real kratom users are saying about the two as well as what they like and don’t like:

“I’ve found red to be the most sedating, which can be nice at times. A good red to try is red borneo. White vein is the most stimulating so it can help you get to work if you need to. Be careful not to take too much of white vein otherwise you might feel tweaked out. I almost never choose white vein.green malay is a favorite of mine. it has a great balance of stimulation and relaxation, and it helps my concentration by increasing my interest in what I’m doing while decreasing restlessness. Maeng Da is a higher grade of kratom. It’s more expensive and more powerful. I haven’t had too much Maeng Da, but i’ve noticed effects similar to green malay with clearheaded euphoria. though if you take too much you may have difficulty focusing your eyes (the same goes for all of the above).” -dabbledabbledoo

“For me unfortunately, all kratom colors and strains feel the same way but in varying degrees of intensity” -nautapsycho

How Long Do the Effects of Red and Green Kratom Last?

Unfortunately, there’s no exact length of how long these effects last for either of the color strains. In general, though, you can expect kratom’s effects to last anywhere between 2-4 hours.

But, there are certain strains within those color strains that last much longer than others. For example, potent strains, like Green Maeng Da, can last between 3-5 hours. Stronger strains will have a longer effect on you.

How to Boost the Effects of Red and Green Kratom

Some users want their effects to be boosted (for a stronger experience). Luckily, there are a few ways to do that…which you might even already have in your kitchen. Here are 4 ways to boost the effects of your favorite kratom strain.

Which Should You Choose?

To put it simply, if you want something to help you stay more focused and energized, go for a green strain. Want something more relaxing and soothing? Try one of the red kratom strains.

Whatever you choose, it’s all about exploration and finding what works for you and your needs. There’s definitely a kratom strain for each unique individual. 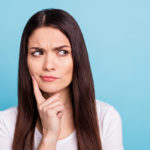 Is Kratom a Drug? Here’s What You Need To Know 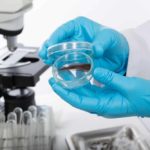 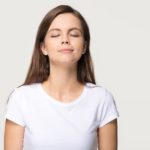 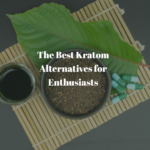 The Best Kratom Alternatives for Enthusiasts 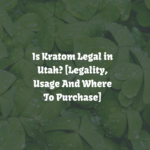 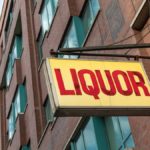